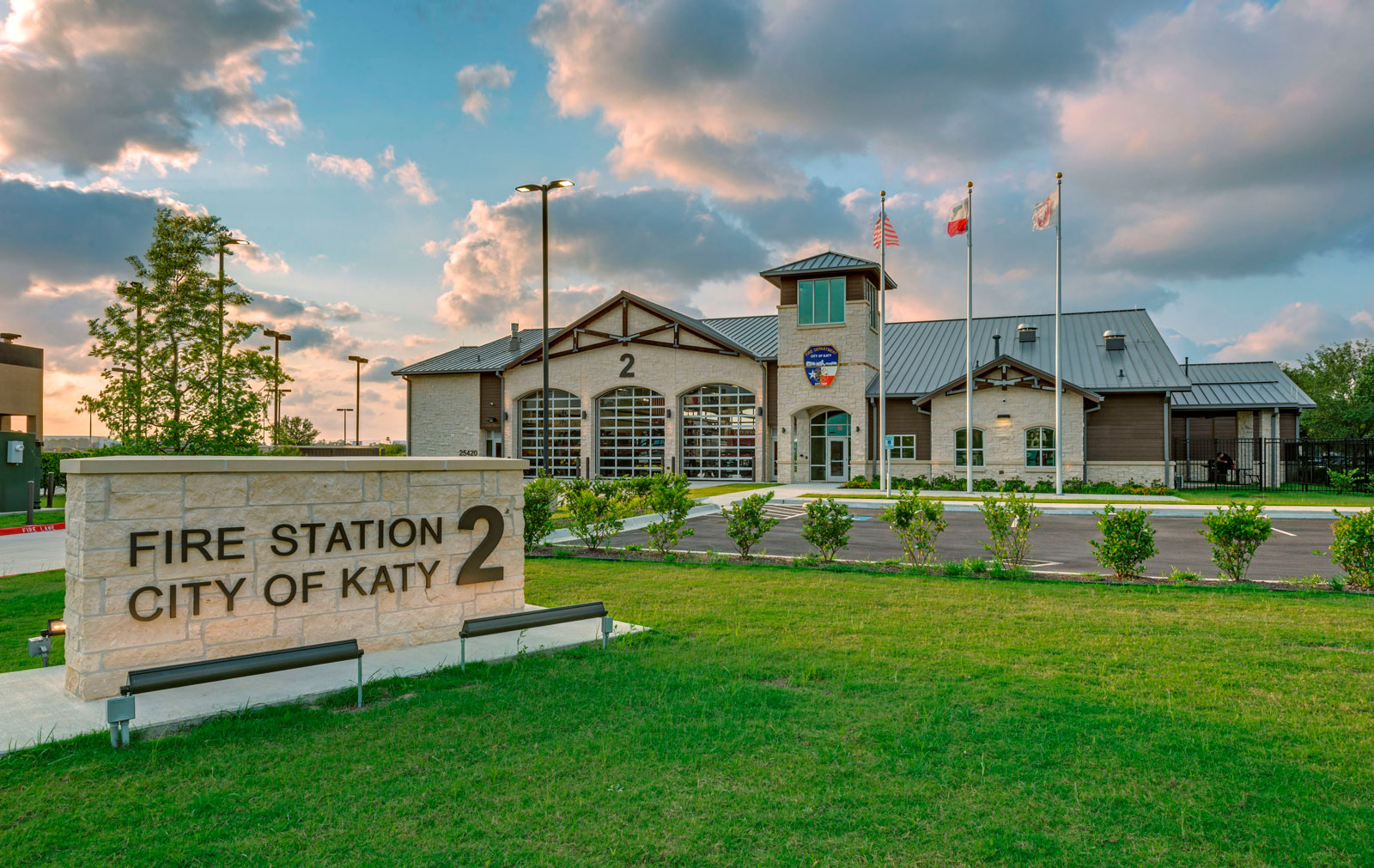 Completed in March 2019, the new Katy Fire Station #2 is the result of a bond election passed by the citizens of Katy in response to increased demand for fire and medical emergency response in the fast-growing area of their community on the south side of Interstate 10.  The 13,000 square foot wood frame station was designed to have a small Texas town feel with exterior features of Texas limestone, timber trusses, and metal roofing.  Interior amenities include dormitory space for twelve crew members, full kitchen, day room, exercise room, and captain’s offices.

The three-bay station was built by Bass Construction and is located adjacent to Katy Mills Mall on Bell Patna Drive.  Apparatus housed at this station include a new Quint and a recently acquired high water rescue vehicle.  Because this site did not flood during the recent flood events which affected the Katy area, it was selected as an ideal location for emergency resource deployment should another major storm afflict the area.

The new fire station is an integral part of the City of Katy plans to better serve its residents and businesses in the southern part of the City.  In fact, just hours after the Katy Fire Station celebrated its grand opening it was put on the map with an emergency situation that could have ended very differently if not for the Fire Department’s quick response. Get the whole story as covered by the Houston Chronicle featuring our very own David Slattery.